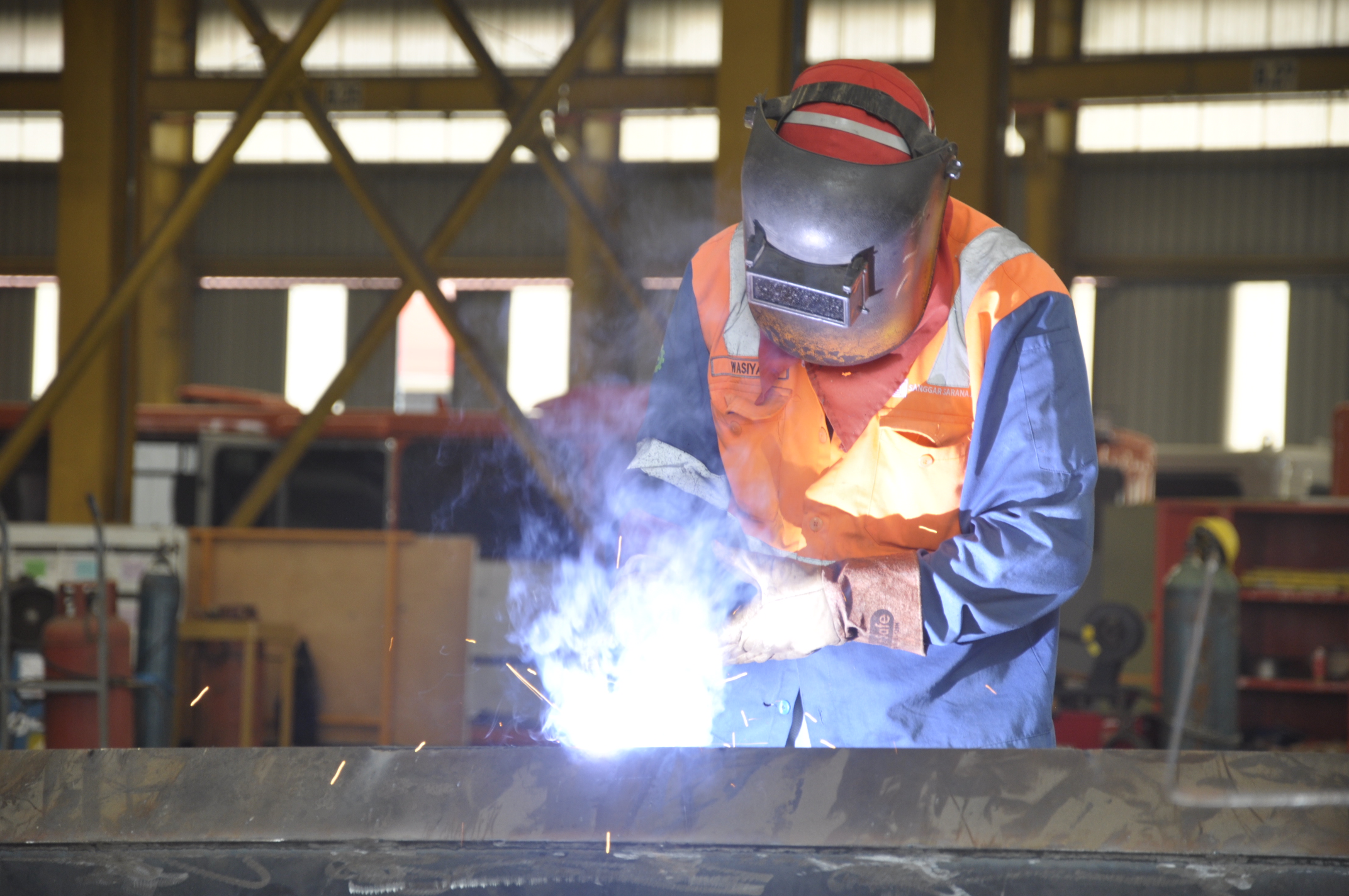 Jakarta, August 1, 2019 - As part of its corporate social responsibility, PT ABM Investama Tbk (ABM) through its subsidiary, PT Sanggar Sarana Baja (SSB) regularly runs a welding training and development program, namely Welding Development Program (WDP) which underlines ABM Group's concern to build quality human resources in the area around the ABM Group’s operating areas. The initiation of this program has commenced since 2017 and received great enthusiasm from the community around the work area of the ABM Group, especially SSB. A total of 9 batches of WDP programs were successfully implemented in Balikpapan, Cikupa and Papua; currently SSB is running the next 5 batches.

Achmad Ananda Djajanegara, ABM President Director said, "ABM continues to provide value wherever we operate, in addition ABM also always supports the initiatives of its subsidiaries such as SSB which has a program to improve national human resource (HR) competency."

The WDP was carried out with a fairly rigorous selection process, a total of about 650 enthusiasts since the program was launched; only 112 people who were screened succeeded in passing through to the next stage. Participants were divided into several batches, to date 57% of graduates have contributed to the ABM group, with the rest bringing skills acquired from WDP as a provision to continue their efforts.

The welding process required in the industry especially fabrication or manufacturing is at least SMAW, FCAW, Gas Metal Arc Welding (GMAW), and Gouging with a 3G welding position which provides the background for this WDP activity.

According to Johan Budisusetija, SSB Director, SSB will continue to promote the program because graduates from WDP have competent skills and are competitive in the market, besides this program also provides benefits to the community around the mining area, so the company can also maximize the potential of human resources that actually reside around the mining area.

"SSB is ready to facilitate and develop WDP in a sustainable manner as a commitment to corporate social responsibility which is certainly in line with the operational needs and growth of the company," he said.

Previously in June 2019 SSB opened its first WDP Batch program for the Meulaboh area, West Aceh, which is one of the ABM mining areas managed by PT Mifa Bersaudara. The training received support and was attended by a number of regional work unit officials including the Head of the West Aceh Manpower and Transmigration Office, Mulyagus, the Head of the UPTD BLK Meulaboh Rusli, and the Head of the BPJS Ketenagakerjaan Meulaboh Office Husaini.