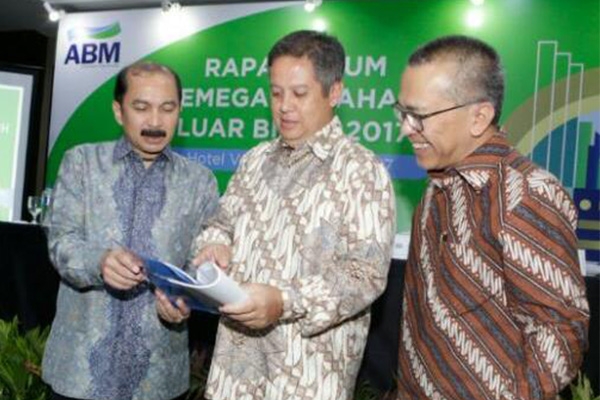 Jakarta, July 7,  2017 – PT ABM Investama Tbk. (ticker code : ABMM) is set to issue global bonds – a maximum of US$ 450 million over a five-year period. The proceeds of the bond issuance will be used to pay off banking loans and support the company in strengthening its coal business.

“The issuance of these Dollar bonds is part of ABM’s effort to improve the funding structure and gain access to additional coal reserves. With this strategy, we are optimistic that ABM’s performance and long-term will solidify,” said Andi after an Extraordinary General Meeting of Shareholders in Jakarta, Friday  (7/7).

In 2017 ABM’s focus is to continue  strengthening its balance sheet by curtailing its debts and improving synergy among subsidiaries and asset utilization and productivity.  By emphasizing on more robust capital structure and operational excellence, ABM is expected to be able to survive in the face of a volatile coal commidity market.

With the advantage of operational synergy and sufficient coal reserves, ABM is to have a more sturdy platform and is better prepared to compete in fulfilling coal market demand.

“The acquisition of the coal mines has become ABM’s priority to improve reserves and increase the company’s coal production. As coal prices stabilize and ABM has been conducting successful production efficiencies since 2014, we are confident that the company’s performance will continue to  improve,” Adrian added.

Throughout 2016, ABM’s total coal production reached 6 million tons which will continue to be improved up to 14 million tons in 2019. ABM’s coal will be marketed to China, India and to meet domestic demand for coal-fired steam power plants (PLTU) which the government continues to build.