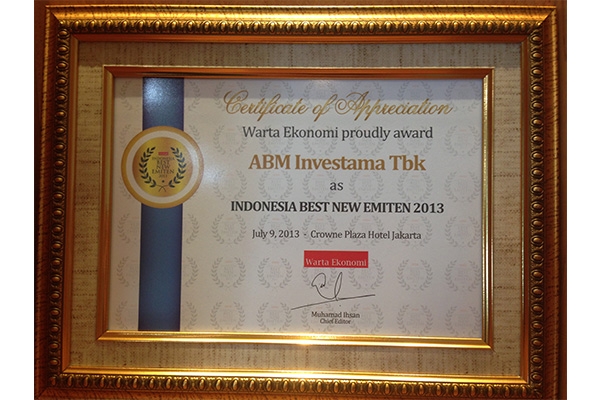 Under the umbrella company of PT Artha Sumatera Energi, RJM operates mining sites in which the majority of the produced coal is supplied to Steam Power Plants (PLTU) in Banten. Production is generally used for domestic needs ensuring RJM mining operations unaffected by the instability in the global coal market.

With this contract period in effect until 2018, CK provides services such as overburden removal and heavy equipment rental in the Musi Banyuasin concession area.

Boedi Santoso stated that it is an honor to cooperate with RJM, which is said to be in line with the efforts of CK in maintaining the best partnership in the operational supply of environmental friendly coal.

“We highly appreciate this opportunity to cooperate with RJM. This is not only an appreciation for the company's commitment to operate in a responsible manner but also an encouragement for CK to continue to maintain the quality of the company. The initiative and breakthrough we undertake will eventually serve to maximize the performance and advantage of our partners,” he stated.

Commenting on the CK and RJM contract, President Director of ABM Investama Andi Djajanegara said, “This new contract with RJM will add and expand CK and ABM’s operational reach to Sumatra to support and carry forward diversification in CK’s operational locations, which are currently concentrated in Kalimantan.”